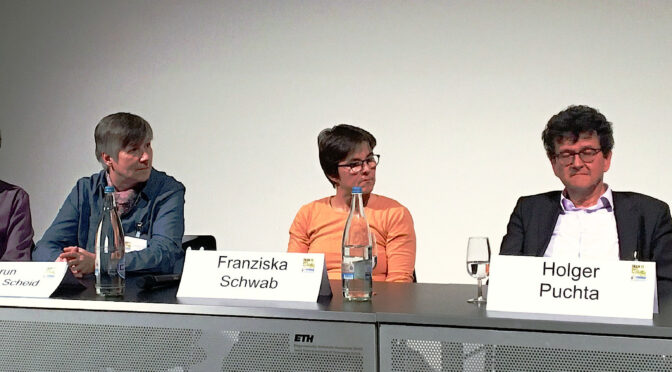 The participants of the TNAM 2019 (Tri-National Arabidopsis Meeting) took a tri-national view (Switzerland, Germany and Austria) of the main issues and potential consequences of the ruling of the European Court of Justice (ECJ) on organisms obtained by mutagenesis. A summary of this public round table is available here. Further information and recommendations are published by the German National Academy of Sciences Leopoldina.

Genome editing is not the only answer to current challenges of agriculture and society, but it represents an important tool for harnessing plant science knowledge toward a future-ready agriculture, for allowing Europe to play a leading role in innovative plant science, and to contribute to the bioeconomy by boosting the performance of underutilised plant species and biological resources. In the drive to achieve sustainable development goals, no useful tool should be neglected. EPSO supports a science-based change to the present European legislation and proposes to establish a legislation adapted to future technological developments by increasing emphasis on product-based risk assessment. Meanwhile, further tangible commitment is needed to support, inform and communicate about innovative plant science and its societal role.