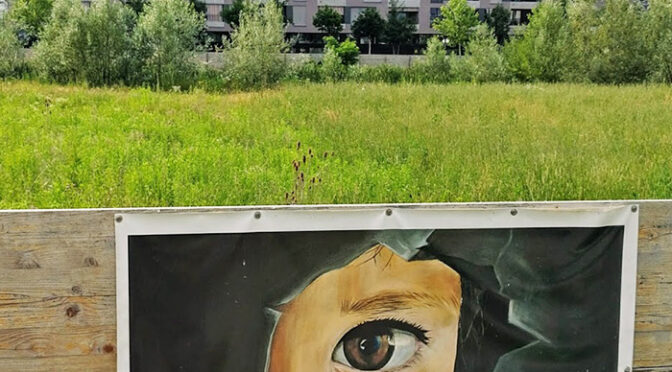 Using Urban Design for a Better Green Infrastructure in Zurich

Understanding the effects of urban design on plant species composition in cities is essential to maintaining biodiversity overall, promoting urban resilience in the face of climate change, and improving life quality for a city’s residents. Functional ecosystems can benefit pollinators, reduce urban flooding, and improve air quality –all while looking aesthetically pleasing.

We found green space size to be the most important factor affecting biodiversity, larger green spaces must be a cornerstone of any species conservation endeavor while also providing ecosystem services to local communities. Furthermore, we must ensure that these spaces are equitably distributed within the city and not only placed in the richest areas. However, another key insight of my research is that small green patches also matter greatly for wildflower biodiversity in cities. These small spaces “punch above their weight” and can have remarkably high diversities given their sizes. This supports biodiversity policies such as the greening of streets and tramways, green facades and roofs, and wildflower sowing – even in small areas such as in tree discs or permeable surfaces in parking lots. The key is to connect these spaces so they can support one another. There are important synergies that result from such initiatives which can improve the ability of cities to cope with warming climate and increased flooding by providing shade/cooling and retaining rain water.

Cities are mosaics of both cultivated and spontaneous environments. As seen in our citizen science project working together with Juanita Schläpfer Miller “Where Seeds Fall” – whenever we leave a tray with soil outside on the balcony/garden or we when look between the gaps of a sidewalk, plants sprout spontaneously. Plants in cities behave as they do in more natural ecosystems: they spread, colonize, and reproduce independently. To maintain this biodiversity in the city of Zurich, well planned urban ecological design is the best approach to prevent support this dynamic system and the wildlife which relies on these self-dispersing plants. We must become better at identifying species that can survive and flourish in cities on their own or with minimal assistance from us. This requires that we know which species are adapted to the conditions of densely built urban areas and can maintain ecosystem services in these often harsh ecological situations. Science can help to identify such candidate species for a future partly-designed urban flora: intentions for the unintentional. To give an example based on data from our survey, we created a model which can identify target species based on their observed dispersal ability in the field. Such species could be focal species for urban management.

What are the outputs for society and how are they translated?

Long-term planned urban planning has the opportunity to reduce fragmentation and increase the ecological value. To better conserve this ecosystem with its plants and wildlife, innate in parks and open green spaces, we developed an ecological planning tool together with landscape architects, to help answer future questions about the role of biodiversity. We developed maps that take ecological, creative, and social aspect into consideration and will be used as a baseline for new settlement spaces. Together, our results suggest that wildflower diversity can be successfully promoted even in very densely built up areas. Substantial progress might be reachable at low cost, especially given that the promotion of wildflowers and wild bees in cities has recently become relatively widespread and accepted in response to both the acknowledged biodiversity crisis and the recent rise in popularity of natural or near-natural gardening. This marks an unprecedented window of opportunity for both applied researchers and practitioners, within which both public and administrative wills are largely aligned toward the goal of creating greener and more diverse cities. We must not let this opportunity pass us by.

Our work was made possible through the close collaboration with the ecologists of ETH Zurich, landscape architects and designers of OST Rapperswil and Grün Stadt Zurich.

Kevin Vega from ETH Zurich in the group of Christoph Kueffer and Alex Widmer is currently a fellow of the Mercator-PSC fellowship program: Bridging plant science and society. For this project he is working and together with OST Rapperswil, „Institut für Landschaft und Freiraum“, and “Grün Stadt Zürich”.

The project of Kevin Vega is nicely presented by the following video.