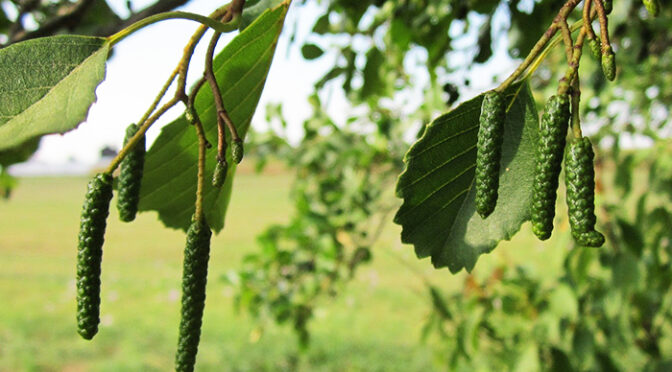 The work of Bühlmann et al. (2017) in cooperation with the University of Basel and the Forum Biodiversity Switzerland resulted in the change of the subsidy system of the cooperation Urseren favoring Engadine sheep in 2013. Furthermore, the Federal Office for the Environment (FOEN) adjusted the model for calculation the indirect NO and N2O emissions from close to natural ecosystems in Switzerland (Bühlmann et al. 2015).

Where farming on montane pastures is reduced, green alder (Alnus viridis) forms dense, monoculture-like thickets with low biodiversity. Because these shrublands are so dense, succession towards montane forests is blocked. Green alder fixes nitrogen through a symbiosis with Frankia. Therefore, nitrogen accumulates in the soil, pollutes surface water and induces large emission of the greenhouse gas N2O. Grazing and browsing by Engadine sheep prove to be very efficient in reducing the land cover by green alder.

In a second part of the project, the indirect emissions of the air pollutant NO and the greenhouse gas N2O induced by atmospheric nitrogen deposition was modelled for close to natural ecosystems in Switzerland. This model is now used in the Swiss emission inventory.

What are the outputs of the research for policy and how translated?

The scientific evidence of the impact of green alder on soil, water, air quality, climate and biodiversity was communicated in cooperation with the Forum Biodiversity Switzerland in a fact sheet released by SCNAT (2013) and addressed to administration, policymakers and to the public and taken up by 26 press articles, radio and television. This was very important to make the problem visible in the public and for policymakers.

Tobias Bühlmann is currently working as a research scientist in the Gas Analysis Laboratory at METAS. He is developing traceable reference gas mixtures to support atmospheric monitoring worldwide. He received a fellowship from Mercator Foundation Switzerland to carry out his doctoral thesis in science and policy.