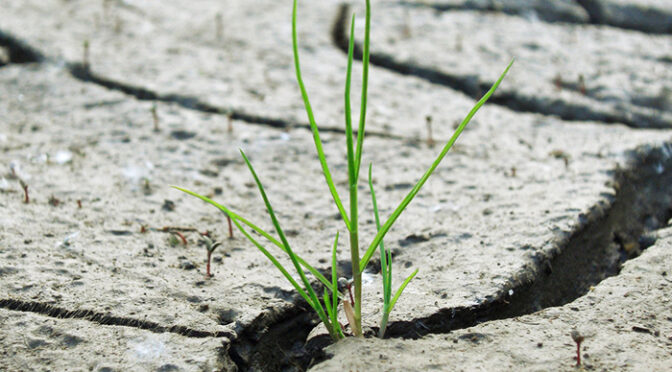 Recommendations for a sustainable fodder production in changing climate

Claudia Hahn in her fellowship from European Union’s Seventh Framework Programme, IDP BRIDGES delivered integral knowledge directly for farmers and their farming practices, but also for the future education of farmers. Moreover, this project sensitized the farmers for climate change and associated problems and possibilities. On basis of this highly topical study successional projects have already been started.

The research was carried out in close collaboration of University of Basel, Agroscope and the AGFF (Arbeitsgemeinschaft zur Förderung des Futterbaues). AGFF is an association of farmers and other institutions interested in fodder production.

The response of grassland productivity to projected future increases in extreme weather events, such as droughts, is of high interest. In particular, the timing of a drought event in the course of the growing season and its impact on the functioning of the ecosystem remains unclear. Extended knowledge about how grasslands react to drought events occurring in different times of the growing season is a benefit for a variety of stakeholders (e.g. famers, seed industry, agricultural schools, society).

In our experiment drought had an impact on the seasonal productivity of highly managed grasslands in Switzerland in every season. However, absolute growth was reduced under spring drought more than under summer or fall drought. Most interestingly, though, the total annual biomass production (ANPP) was only little affected by summer drought events, while spring and fall drought events did not lead to a reduction of ANPP. This surprising pattern was caused by biomass production levels in the growth phase after a drought event occurred, exceeding the productivity levels of the control. However, under future climate change agricultural production with predicted prolonged spring and autumn drought periods is at stake.

What are the outputs for policy and how are they translated?

Understanding the effects of extreme weather events on yield helps stakeholders to make future fodder production more predictable and, thus, sustainable. In addition, knowledge about the individual responses of different grassland species on drought events occurring at different times in the growing season helps farmers and seed companies to adapt seed mixtures that will sustain productivity in a more variable climate. To successfully integrate our results into actual policy work liaising closely with the AGFF was very important. The AGFF regularly organizes information events, field excursion or other events to inform farmers and other stakeholders about recent research and state of the art farming practices. Among others, our experiment and its outcome (including visits of the experimental site) was presented several times to farmers and producers.

Claudia Hahn is an alumni of the PSC PhD Program in Science and Policy and had received a fellowship within IDP BRIDGES Science and Policy in the European Union’s Seventh Framework Programme for research, technological development and demonstration under grant agreement no GA-2013-608422 – IDP BRIDGES.