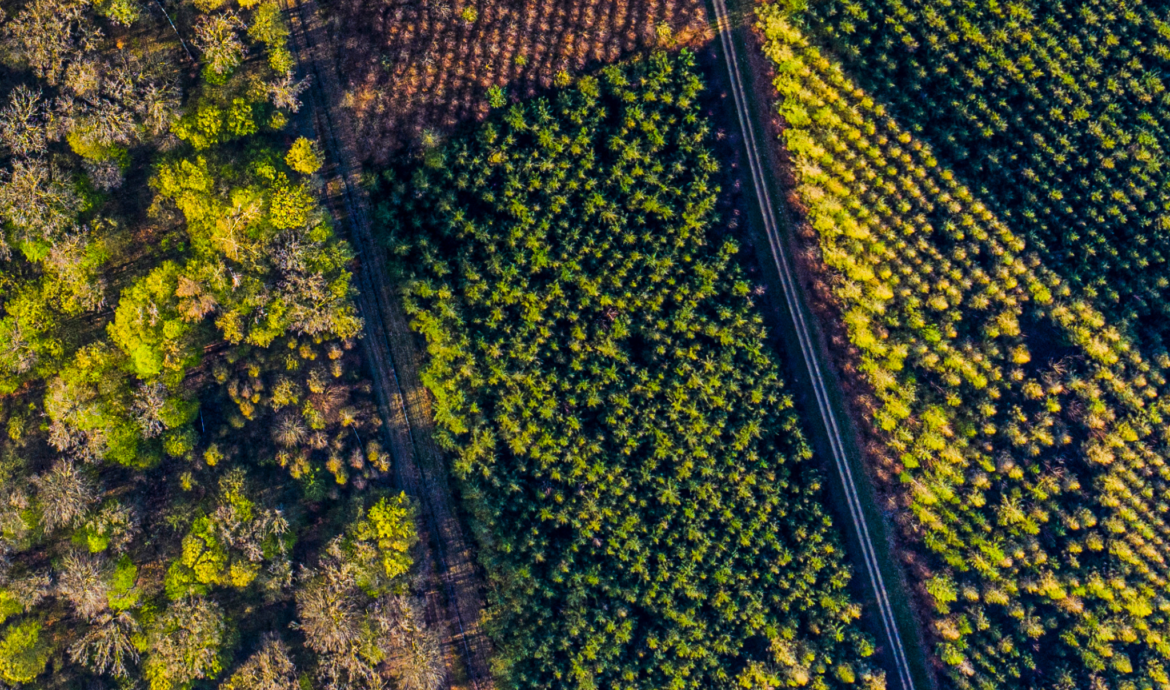 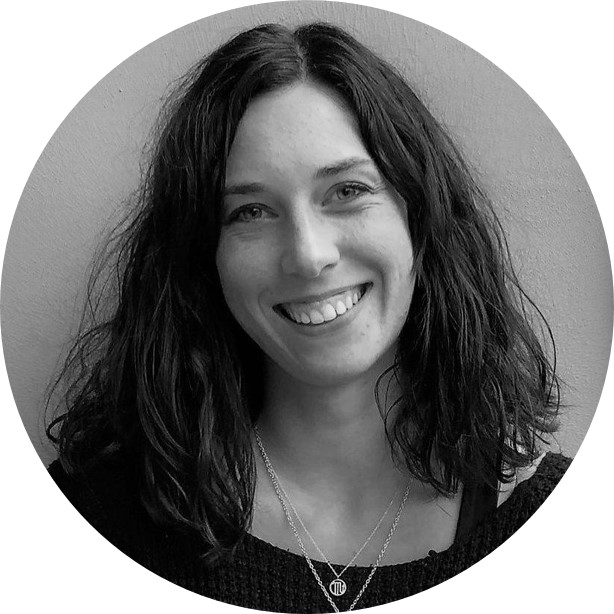 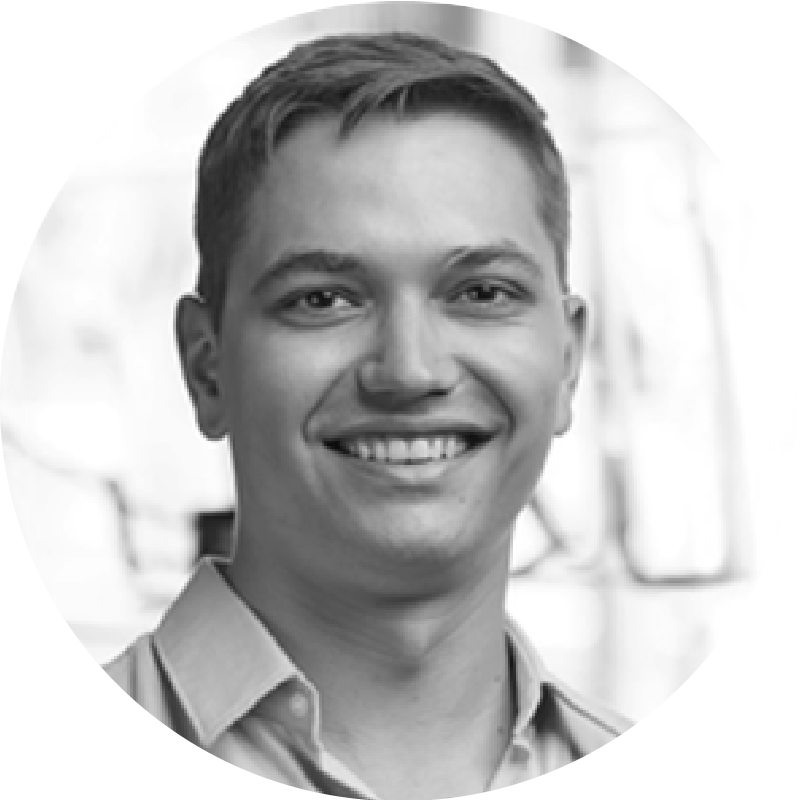 Clémence Rüegsegger is a doctoral researcher at the chair of Planning of Landscape and Urban Systems, passionate about complex socio-ecological systems. She has a background in climate science and currently focuses on assessing ecosystem services linked to the supply chain of chocolate. Leopold Peiseler is a doctoral researcher at the Energy and Technology Policy Group and the Materials and Device Engineering Group. His work is focused on how carbon emissions of lithium-ion batteries can be reduced. Both researchers are members of the Institute of Science Technology and Policy, contributing to the SWISSCHAINS research incubator.

Images of lush forests often carry notions of sustainability and eco-friendliness. But can planting trees be an effective instrument against climate change? Counterintuitively, there are many practical barriers rendering this question difficult to answer. This blog post calls for a public debate on afforestation/reforestation and carbon offsetting.

Climate change has arrived in the heart of our society, with the need for urgent actions from both individuals and companies. Consequently, more and more corporations develop and campaign with “sustainability” or “green” strategies – some being more genuine than others. But how can a company be net-zero, i.e. have no net contribution to climate change, if highly-emitting activities such as flying are not renounced? The answer is the same as to what happens behind the curtains when you shop “carbon neutral” on your favourite webshop or opt to travel “green”. It is a concept called carbon offsetting.

Carbon offset certificates (the unit is usually 1 metric ton of CO2) are created through activities whose effects are equivalent to removing greenhouse gases from the atmosphere. There are different means how this can be achieved, for instance through avoidance programs (CO2 is not emitted elsewhere because of your offset – e.g. improving rural stoves) or removal programs (greenhouse gases are effectively removed from the air – e.g. planting trees). For more details, there is a great report from Oxford University.

If you were to offset your flight from Zurich to New York (around 1 t of CO2), you could choose individual offsetting projects in Switzerland (90 CHF) or in foreign countries (30 CHF). There are also technology-based solutions like direct air capturing for 1100 CHF. While explaining the different working (and pricing) principles are out of scope of this blog post, it is apparent that the projects` prices differ vastly. As demand will be naturally high for cheaper projects, their proper functioning is particularly important.

Here, we want to zoom in on one of the cheapest offsetting project types: planting trees. Afforestation (planting trees on land which was not previously forested) and reforestation (replanting trees on land which was deforested) are considered to have significant climate change mitigation potential. However, the theoretical potential and actual realisation of both types of forest-based offsetting are different stories. Things are more complicated than it seems.

Afforestation and reforestation (both from now on: forestation) are thought to enhance human well-being and benefits for biodiversity while at the same time mitigating climate change. This ability to act as a cure-all for climate change, biodiversity and ecosystem services is however debated by the respective UN bodies, the Intergovernmental Panel on Climate Change (IPCC) and Intergovernmental Science-Policy Platform on Ecosystem Services and Biodiversity (IPBES). On the one hand, planting trees is estimated to have a large potential for acting as a carbon sink. However, despite their potential to store carbon, forests absorb more heat from the sun due to their darker colour compared to bare or agricultural land, especially when it’s covered with snow. In high altitudes, for example, this so-called albedo effect can undermine the carbon sequestration to an extent where forestated land can have a net warming effect.

Apart from the main purpose of capturing CO2, forestation schemes could prove to be multifaceted nature-based solutions by displaying other benefits such as an increase in biodiversity or space for leisure activities compared to bare land. Yet here again, particular attention needs to be paid to the type of trees planted if biodiversity benefits are to be concretised. Native tree species could for example enhance the habitat quality, but might be less effective for climate mitigation because of the varying carbon sequestration potential among tree species. Not only is the type of tree important, but also the type of plantation – large monocultures often being detrimental to biodiversity and ecosystem services.

In short, there are important qualitative differences among forestation projects. Unfortunately, many offsetting projects maximise carbon sequestration only and do not necessarily consider potential environmental and social tradeoffs (for other tradeoffs among sustainability goals, see this other blog post). This raises potential governance issues that need to be treated with care.

Given that carbon offsets are credited (or “created”)  for individual forestation projects, the question of how this is done prevails. There are international standards, e.g. the Gold Standard or Verified Carbon Standard (VCS) by Verra, that aim to evaluate critical criteria like CO2 sequestration potential, additionality or baseline credibility for each project application. For forestry projects in particular, UN REDD+ is a popular offsetting mechanism – despite instances of poor governance and critique concerning its general setup.

Amongst many governance issues, the question of permanence is arguably one of the most troublesome. To work properly, offsetting forests must exist forever. However, there are uncontrollable factors like wildfires, pests or illegal deforestation, jeopardising long-term CO2 sequestration. Despite claims of good intention, it is questionable if business practices today include sufficient warranty to balance potential future losses.

The offsetting business landscape is still young and its development uncertain. Who knows – maybe a foreign project development company will go bust in 20 years and give up the forested land. That way, the integrity of the forest is compromised and certification companies who often operate from OECD countries face severe hurdles to enforce permanence of forests that are often located in countries with poor governance. We are not aware of any policies nor legitimate entities that could prevent such undermining actions at large scales.

A direct social negative implication of permanence is the question of justice and equity. Land that is now used for forestation projects through international offsets will be not available for economic development, e.g. agriculture. Moreover, due to effectiveness (albedo effect) and low costs, most offsetting projects are undertaken in tropical countries, with Switzerland acting as a leader in the foreign offsetting “business”. Furthermore, using these offsetting options deprives these same countries of a chance to use these more efficient negative emission options themselves.

In light of these uncertainties, there seems to be remarkable disagreement even within the offsetting industry: EU ETS and Gold Standard exclude REDD+ projects while Verra VCS certifies them. The Swiss government, amongst many others, actively supports these projects. Conversely, there are calls for embargos on forestry projects in general (beyond REDD+) and a major offsetting provider excludes forestry projects altogether. Just now, one of the largest sellers of forestry carbon offsets publicly announced having sold “millions of dollars of useless carbon offsets”, in an attempt to critique the current offsetting market setup. This disparate overall picture illustrates how ambiguous the offsetting industry themself perceives forestry offsets and perhaps that there are more unsolved issues than some would like to acknowledge.

Forestation as a consumer-based offsetting scheme also presents the risk of self-licensing. In our context, this concept describes the tendency to make more questionable choices regarding emissions – be it flying on holidays or buying a new t-shirt – because the offsetting option acts as an unconscious ethical justification. This behavioural bias thus counteracts the main goal of offsetting schemes and can lead to a rebound effect, meaning that additional carbon is emitted due to the consumption of less ideal choices linked to the self-licensing mechanism.

Yet, this concept does not only apply for individuals. Companies can “green” themselves using carbon offsets without being required to enforce structural change within their company. Therefore, offsets potentially re-route investments which could directly decarbonise business practices. With media-effective corporate offsetting but limited efforts to reduce emissions through changed business practices, the net-zero problem is far from solved.

In our opinion, we should not consider offsetting as a panacea but rather as a transitional solution that is only effective if coupled to ambitious reductions in the actual emissions of those responsible: people and companies. As for which type of offsetting scheme to choose for this transition, we would not categorically rule out forestation as an offsetting solution. BUT…

While we are confident with the “buts”, unfortunately, we don’t have the final answer to the “hows”.  We know this is a multifaceted topic with no right or wrong, so we would love to hear your take on the topic!