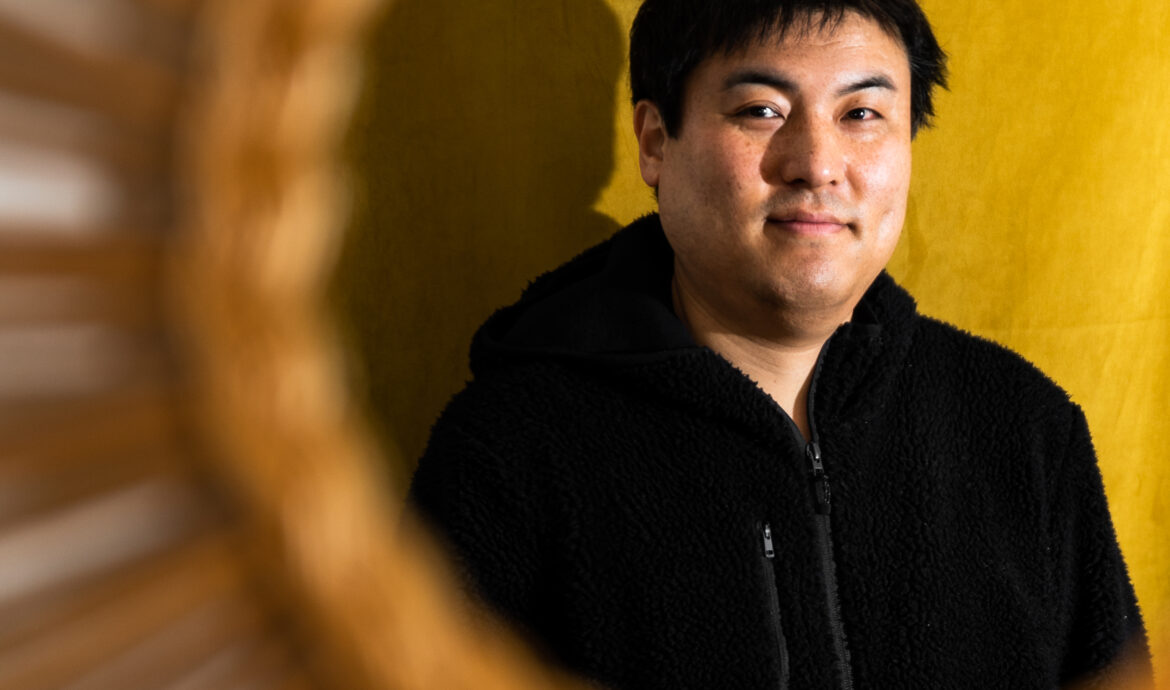 A voice from exile – Life after Fukushima

Bessie is a PhD student in the Energy Politics Group at ETH Zurich studying the transport transition. As part of a mid-PhD internship with the Schweizerische Energie-Stiftung (SES), she travelled to Japan in January 2021 to research and report on the 10-year anniversary of the Fukushima disaster of 2011. A more detailed reporting as part of the SES project can be found here.

Futaba, host of the Fukushima prefecture TEPCO Daiichi nuclear power plant, was evacuated in March, 2011. It has since remained empty. Only recently reopened to the public, Futaba now resembles that of a forgotten ghost town, waiting quietly for life to resume. For Matsueda Atsushi, a once proud Futaba resident, a return home is ridden with doubt and unease.

Matsueda Atsushi just turned 32 years when the earthquake hit on March 11th. Born and raised in Futaba, Fukushima, Matsueda attended high-school in Tokyo and university in Korea where he met his wife. Eight months before the earthquake, they moved to Futaba with their two daughters Lily and Alice and purchased a home. At the time, Lily was four and Alice was one. Matsueda owned his own business, which supplied and distributed gloves and socks to the workers of the Tokyo Electric Power Company (TEPCO) Daiichi (No. 1) and Daini (No. 2) nuclear power plants.

At 2:46pm on March 11th, Matsueda had just left the Daini plant. After pausing on the side of the road for the ground to stop shaking, a single thought was on his mind: Is my family safe? He doesn’t remember thinking about the possibility of a tsunami, and he certainly doesn’t remember feeling concerned about the condition of the nuclear power plants. In that moment, he was focused solely on the most immediate task in front of him—home. As a Futaba local, Matsueda knew the roads well, but what normally takes him 20 minutes took instead 4 hours.

Back in Futaba, his eldest daughter Lily was at a friend’s house across town. His wife, who was at home and could not drive, panicked, not knowing how to get to her daughter and not knowing if she was safe. Fortunately, the neighborhood grandmother picked her up and together they drove to retrieve four-year-old Lily. Around 7pm that evening, the entire family was reunited. Unable to enter their home, which had nearly crumbled from the shaking, they spent the night in the car. To his knowledge, on the night of the 11th, everyone from Futaba remained in Futaba.

Early the next morning, the self-defense forces, dressed in white suits and gas masks, called for the evacuation of the town. Residents were told at first to move north to Namie, a mere 5-km away. When asked in the interview what he took with him, Matsueda responded, “nothing.” He had no measure of the gravity of the situation and no sense of the potential permanence. He assumed, in fact, that the family would return home shortly. They stayed the next night in the Namie middle school gymnasium only to be pushed further out to Kawamata following the government’s establishment of a 20-km evacuation radius. In Kawamata the family stayed for three or four nights. “We all stank,” Matsueda remarks repulsed—no one had bathed for a week. Gradually, people dispersed to stay with friends or relatives outside of Fukushima prefecture. Matsueda began to notice fewer and fewer remaining families around him. He remembers the TEPCO employees in particular were quick to flee. Twice more the family moved. Once to Saitama to stay with an uncle, and then again to Shizuoka, where Matsueda had a friend who ran a yakiniku, Korean barbeque, restaurant and offered him work. The hours were long and taxing and he was alone. His wife and two children left for three months to Korea, to try to regain some semblance of stability.

Finally, an opportunity came to move to Tokyo. Matsueda found a government advertisement online that invited Tohoku evacuees to work and live in Tokyo. Temporary housing was provided for a handful of applicants lucky enough to receive a bid. Matsueda was just lucky enough.

In March of 2020, a small section of Futaba reopened to the public, but only for visits—no one is permitted to live there. Matsueda still lives in Tokyo with his family, though no longer in temporary housing. He does not think much about the past or worry about the future. The priority is getting his kids through school. Connections with friends from Futaba are thin. He doesn’t stay much in contact anymore. Everyone has similar stories to the Matsueda family. Everyone has shifted around. Nowadays, Matsueda explains, the cordial greeting with friends or acquaintances from Futaba is not “how are you, I haven’t seen you in a while” but rather “where do you live now?” Street art meant to inspire hope from a Tokyo-based design company OVERALL, is sprayed onto a half dismantled wall in front of Futaba station with the words “HERE WE GO!!” displayed in all caps. But hope is bleak in Futaba.

Matsueda has trouble remembering what year he first returned to his home in Futaba. He has returned maybe once or twice and recalls the trips sourly. The home was rotting. The contents of the fridge had turned to liquid. Mice feces littered the floors—the whole house stank. Oddly, demolition fees are not compensated by the government in the specific area of Futaba that the Matsueda family lived. He is not sure if this will change anytime soon. On the other hand, TEPCO has said they will compensate for 1.7 times the worth of the original home towards a rebuild anywhere in Japan. He has not applied for this grant and has no intention of rebuilding. If there is work, I might go back, Matsueda says cautiously…

Before the earthquake, Matsueda enjoyed a quiet monopoly on glove and sock distribution to both of TEPCO’s nuclear plants in Fukushima. These days, however, work is hardly booming. Matsueda’s work is no longer enough to provide for his family and his wife now operates a store separately in Tokyo to make ends meet. The government is offering 30 million yen (~257,000 CHF) to incentivize business restarts in Futaba. Anyone can obtain this starting grant, but it would mean committing to Futaba long term. Matsueda is currently contemplating this option. He is in contact with the government about starting a clothes-making factory. Indecision consumes him as this would require immense commitment with many unknowns.

When asked what he thinks about the “return” to Futaba and whether or not he considers it possible, Matsueda hesitates to answer. He suspects, should he say everything he would like to say about TEPCO, distribution work may suddenly dry up. TEPCO’s PR department is powerful and clever. Matsueda is certain everything concerning TEPCO, negative and positive, is copiously read. He is no rookie when it comes to interviews and in fact, has had many interviews with a variety of local, national and international publications. In response to the question of what is most difficult to conceptualize knowing that Futaba is no longer his home and no longer anyone’s home, Matsueda points out adeptly, “no one from Futaba will answer this question honestly.” They would have to choose their words very carefully. If anything negative was published, reporters would be knocking on their door for weeks. No one wishes for this. Job security, but also one’s own reputation is at risk.

Living in Tokyo, the connection to Futaba fades slowly. Matsueda senses strongly the passing of time. Lily and Alice are Tokyo residents now. They have no connection to Futaba. Though perhaps feeling guilty for not maintaining a connection himself, Futaba news is hardly front and center anymore. It is difficult to stay in touch. Matsueda says his story is more or less made. “I am ganbatteru,” he says—making it work.