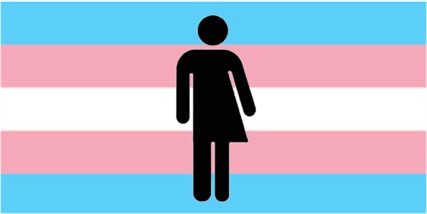 Judith/Jack Halberstam is a professor of English, American studies and Ethnicity and Gender Studies at the University of Southern California. He has authored six books: Skin Shows: Gothic Horror and the Technology of Monsters(1995), Female Masculinity(1998), In A Queer Time and Place(2005), The Queer Art of Failure(2011), Gaga Feminism: Sex, Gender, and the End of Normal(2012), and Trans* A Quick and Quirky Account of Gender Variability(2018). He has written articles that have appeared in numerous journals, and is also a popular speaker who gives lectures in the US and abroad. Lecture and research topics include queer failure, sex and media, subcultures, visual culture, gender variance, popular film, and animation.[1]

The four first books appear under the name of Judith Halberstam, while Gaga Feminismis from J. Jack Halberstam, and Trans*is signed Jack Halberstam. My first question starting this article was: shall I write he or she? I wish there would be a pronoun like “you” in English, which solves the big issue for French and German people: “du” or “Sie”, “tu” or “Vous”? Using “you” avoids embarrassing oneself and the other one. In a similar way, we would need either more pronouns for the different genders or just one for everybody. It seems that some languages, like Vietnamese, have the same pronoun for third person singular without distinction of genre.  From 2012 to 2014, Halberstam maintained a blog with a few articles, among them writing on the subject of pronouns. In 2012,he wrote “I also wish more people would adapt to a pronoun system based on gender and not on sex, based on comfort rather than biology, based on the presumption that there are many gendered bodies in the world and ‘male’ and ‘female’ does not even begin the hard work of classifying them”[2].

Born as Judith Halberstam in 1961, he writes in 2012 that he hasn’t transitioned in a formal way, being “medi-phobe” and therefore not interested in taking hormones.[3] Most of the time I will use ‘Halberstam’ or ‘he’.

In this specific chapter in particular, he focuses on butches (lesbians whose appearance and behaviour are seen as traditionally masculine) and FTM (female-to-male transsexual). Transsexuality here has to be understood in the context of the medical possibility of surgery and taking hormones. In a sense, transsexuality is the result of both discourse and medical technology.

In this text, Halberstam reviews numerous articles and texts about the subject, from Radcliffe Hall in 1928 to more recent novels like Stone Butch Bluesfrom Leslie Feinberg published in 1993. She also looks at an almost contemporary BBC series from 1995, as well as articles from journals, like the 1994 New Yorker article from Amy Bloom. This intertextuality helps him to build theses and arguments. Moreover, although they create friction, letting critical voices speak starts a process of reflection made positive by the author, therefore creating new connections.

Halberstam is writing in 1998, approximately a decade after the public emergence of female-to-male transsexuality.[6]The first widely publicized person to have undergone sex reassignment surgery seems to be Christine Jorgensen in 1952[7], so male-to-female, but some cases of sex reassignment surgery took place earlier in the first part of the twentieth century.[8]Nevertheless, the second part of the twentieth century sees the beginning of the development and awareness to transsexual communities with hormones and surgery as key medical aspects.

The title and the project

The title already gives some hints about the arguments developed later on by the author.

Border Wars and Continuum are two antagonist terms in this context. Border wars suggest two territories, two enemies, a black-and-white view, while continuum accounts for more blurry lines and nothing such as a binary classification, which is a key point of the queer theory.

Transgender is an essential concept in the text of Halberstam. For him, “Transgender describes a gender identity that is at least partially defined by transitivity but that may well stop short of transsexual surgery”.[9]We probably can understand the experience of Preciado of taking hormones without any legal frame, hacking her body, as part of this transgender identity.[10]

Some of the key themes of the text are discussed hereafter.

Halberstam and Prosser:  a fundamental disagreement

Before this book, Halberstam wrote in 1994 an article called “F2M: The Making of Female Masculinity”, which was criticized by Jay Prosser in “No place like home: The Transgendered Narrative of Leslie Feinberg’s Stone Butch Blues”.

Halberstam has fundamentally an opposite view from Jay Prosser, and he spent a lot of time to counter-argue. In particular, they don’t have the same reading of the 1993 novel Stone Butch Blues from Leslie Feinberg. Jess Goldberg, the main character, chooses to halt her transition from female to male, saying “I didn’t feel like a man trapped in a woman’s body, I just felt trapped”[12]. Halberstam reads the story as the insufficiency of binary gender, while Prosser reads it as not being home in one’s body. Generally speaking, Halberstam does not agree with the concept of “right/wrong” body.

Moreover, “Prosser thinks that queer theory celebrates the in-between space as full of promise and ‘freedom and mobility for the subject’ whereas transsexuality embraces place, location, and specificity”.[13]Where Halberstam is an advocate of transgender/queer and rejects all kind of binary conception of gender, Prosser holds on to gender binarism.

FTM and butches accuse each other of gender normativity. Butches accuse transsexuals to reinforce gender binary essentialism, in transitioning and becoming “a normal man”. “Some lesbians seem to see FTM as traitors to a woman’s movement who cross border and become the enemy”. On the other hand, some FTM accuse butches to be FTM who are afraid to make the transition[14].

Differences and conflicts also arise from sexual preferences (see comments on Rees and Mario Martino texts, p.473-74). Some FTM see themselves as men loving woman, and not as lesbian. Antipathy between homosexuals and transsexuals exists.

Halberstam points out “The tangle of cross-identification and sexual preference that is neither easily separated nor comfortably accounted for under the heading of ‘lesbian’”.[15]

Moreover, all combinations are possible, and each life is different. He nevertheless tries to give a frame of reference through the representation of the masculine continuum.

He also insists on the importance of the transgender status. “Transgender discourse asks […] that we recognize the nonmale and nonfemale genders already in circulation and presently under construction”.[16]

In his book The Queer Art of Failure, he states that queer people fail to be normative and this could be a good thing. In the same idea, he decided to call his book Trans*, the star * being there to enlarge the debate, not to close categories.[17]

In the subchapter “Border Wars”, Halberstam, who is a language teacher and immersed in this subculture, proposes an analysis of the language used to speak about transitioning. Common metaphors are travel, journey, geography, foreign language as well as colonial themes like the notion of empire. He also discusses why the rhetoric of home and migration is dangerous[18].

Very early in the text, Halberstam mentions the issue associated with the fact that “gender reassignment for FTM’s does have social and political consequences”.[19]It may indeed partly be seen as an aspiration within a gender hierarchy. He also contextualises this with racial and class issues. As an example, if the previous statement may be true for white men, it is much less for men of colours. He extracts from an Amy Bloom reportage the words of a black transsexual man: “I was born black. I don’t expect people to like me, to accept me. […] I just expected, I demanded a little tolerance.”[20]

I read the text as plaidoyer for tolerance between the various forms of gender variance, and an appeal for unity as far as sexual politics of transgenderism and transsexualism are concerned.

Halberstam sees indeed “dangers in demanding discrete and coherent sexual and gender identities”.[21]“Why, […] when many queers and feminists have agreed that gender is a social construct, is transsexuality a widespread phenomenon? Why are we not in what Sandy Stone has called a ‘post-transsexual era’?”[22]

I see this call for tolerance also in the LGBT pride movements and events, which motivated the choice of my image, which is the superposition of two transgender symbols. The flag itself (colours only) is the Transgender Pride Flag created by American trans womanMonica Helms in 1999.”The stripes at the top and bottom are light blue, the traditional colour for baby boys. The stripes next to them are pink, the traditional colour for baby girls. The stripe in the middle is white, for those who are transitioning or consider themselves having a neutral or undefined gender.”[23]

The black figure above is a symbol that can be used for restrooms to go beyond the traditional binary gender. I find it practical, simple and a good symbol to make everyone aware of gender diversity. It is also the symbol chosen by Jack Halberstam for the cover of his book Trans*.

Although the focus of Halberstam is centered on homosexual communities, it would be interesting to enlarge the subject to gender variance and diversity in heterosexual context.