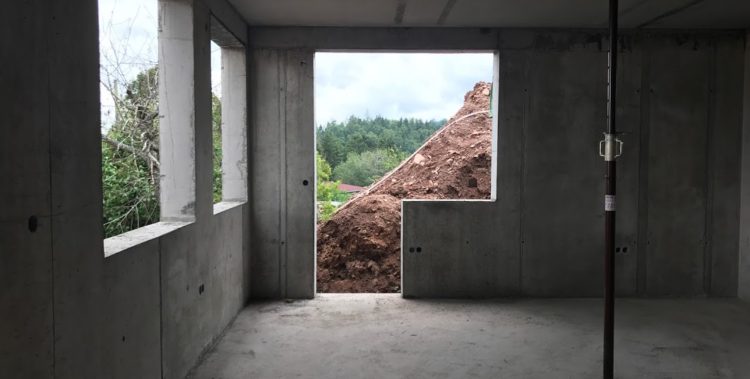 …is an American architect living and working in Zurich. She is currently a
doctoral candidate in the history and theory of architecture. Her dissertation is titled
“Opération Béton: Constructing Concrete in Switzerland, 1891-1972.” Sarah has been a
teaching and research assistant in architecture and urbanism at ETH Zurich since 2011. She is
the editor, together with Marc Angélil, of the volume “Reform! Essays on the Political
Economy of Urban Form” and has published several articles, most recently in the journal Grey Room. She works independently as an architect under the name Specter. The project had to be as simple and efficient as possible, while still feeling generous. Though it had a lot of constraints, it has been very interesting to work on, particularly because of the culture of building that exists in that region. The craft labor—carpenters, etc. are all very skilled and so every part of the design has been developed in conversation with them.