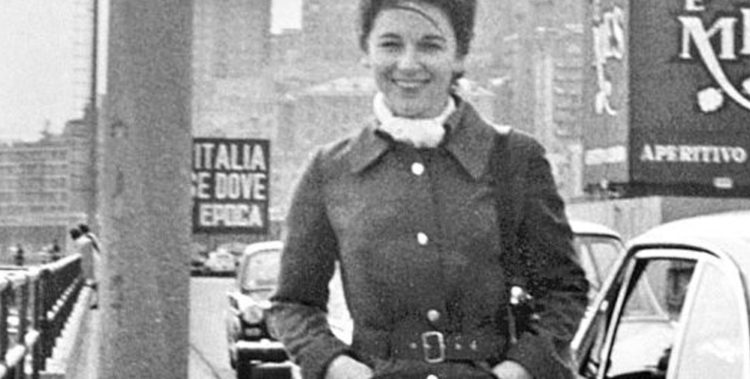 On this first day of the new semester, I wanted to come back on a lecture that took place, mostly unnoticed, on the Hönggerberg campus on November 27th, as announced on this blog here. This lecture was led by Dr Eliana Perotti and Dr Katia Frey about Flora Ruchat-Roncati, her career, and her time at the ETH, as the 1st woman professor; it was in 1985, also 131 years after the creation of the ETH in 1854 !

But, why do a review now, almost three months after the event ? Because, when I watched the documentary “Arab Women in Architecture” (link here), I couldn’t help but notice similarities, as a kind of proof that women share some common conditions wherever they live. Themes as pioneer, motherhood, recognition, or the vision of architecture where mentioned in both situation, the documentary and the lecture.

I will not focus as much on the theme of motherhood but more on the pioneering aspect of Flora Ruchat-Roncati and her role as a model for many generations of women.

The lecture started with an interesting question about monography : about whom to write a monography ? How is this person chosen, on which criteria ? As stated above, Flora Ruchat-Roncati was a pioneer. She graduated in architecture at the ETH in 1961, she collaborated with many famous architects, mainly men, such as Rino Tami or Aurelio Galfetti, she was the first female professor at the ETH while, at the same time, being a widow with one young daughter. Maybe this is mostly due to her vision of architecture, as for her it was never about leaving a strong imprint, a signature as some would say. The architecture is not the place of expression of one’s genius; it should be about the user. For her, each project was different and needed to be treated as such. She adapted. A vision of architecture that was also mentioned in the documentary “Arab Women in architecture”

As a matter of fact, it is not quite easy to isolate the buildings of Flora Ruchat-Roncati and to present them in a monography as they are not “recognizable” in a sense that would connect them directly to her. As said before, she often worked in collaboration with other architects and her work is quite heterogeneous.

How do you write a monography on someone who actually always priviledged the others, that was not in this research of “leaving a trace” ?

Moreover, her private and working life were very interconnected. As a matter of fact, she even used to gather everyone at her kitchen table, as this would enable her to also take care of her family. This idea of mixing both makes it also harder to separate the human and the architect. For so many years, work was what was happening outside the house, and suddenly, Flora Ruchat-Roncati brought them together; she created a new system ! Around the kitchen table

As often with women or minorities, informations do not circulate through traditional ways; parallel ways had to be created, such as diaries, oral discussion, and so on. It is  harder to access such documents to and their validity is often discussed as they do not correspond to what is traditionnal. However, they are here for those who really want to see and this lack of ressources did not prevent Flora Ruchat-Roncati to be fully recognized and to be considered as a model by many women architects

And models are important for women to see what they can achieve, that it is also possible for them. How are women supposed to know that they can do it, more importantly that they have the right to actually want it, if the only models are male, to which it is hard to identify. This importance is also underlined in the documentary “Arab Women”, another similarity that do not know borders

All in all, Flora Ruchat-Roncati managed to make her way in a man’s world, not as a supplement but as a legitimate and earned place. She refused to have a signature by staying true to the architecture she believed in, thus based on the user. She found a new way to balance her private and working life by bringing everyone around the kitchen table. And even though, she was excluded from the traditional and, mostly, unilateral storytelling, such as monography, she is still now known and recognized and considered as a pioneer and a role model by many younger generations !