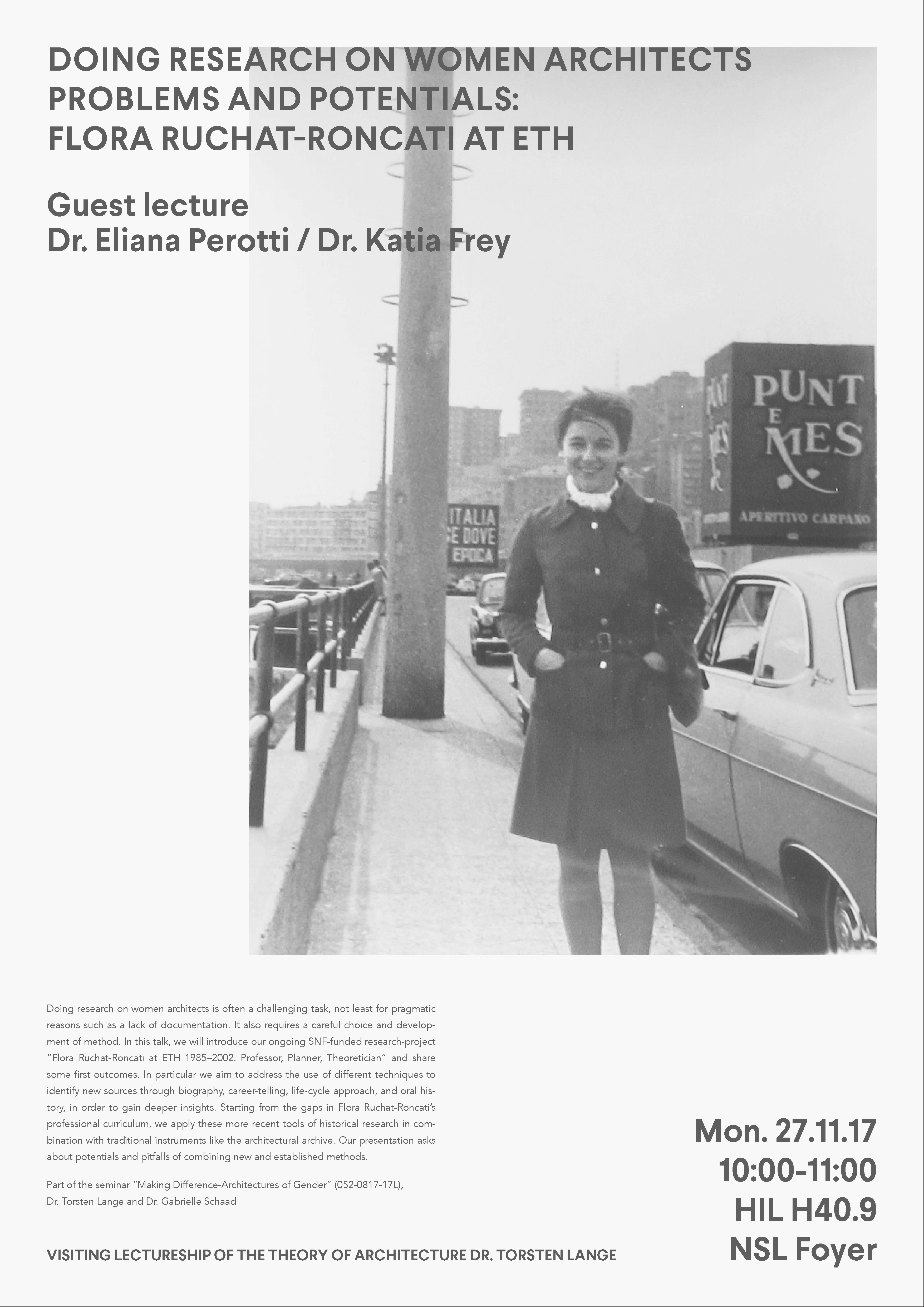 Guest lecture by Eliana Perotti and Katia Frey about their Swiss National Science Foundation funded research project on the life and work of the architect Flora Ruchat-Roncati (1937–2012), who was appointed first female professor at ETH Zurich in 1985 and later became the first female Dean of the Department of Architecture. The talk will introduce […]