Differently from the M1, at M2 we will be working on a given site which is determined as Erstfeld, a small town of Canton Uri, 1,5 hour distance from Zurich. Besides its unique geographical characteristic, the settlement is known to be the center of Alp transit -Gotthard Railway. Gotthard Railway is the Swiss trans-alpine railway line from Immensee to Chiasso, and on the border with Italy. Erstfeld situates on this route, and comprises one of the information centers of this infrastructure project. Currently another tunnel project construction is prevailing on the site as well. This site is chosen not only for the M2 but also for the final synthesis project of the MAS LA program. Yesterday we, together with James and Ilmar, had the first site visit. As soon as we arrived a cloudy sky hiding the enormous verticality encountered us. It was the afternoon when we happened to conceive the real scale of mountain range. 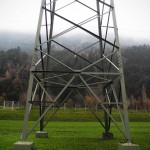 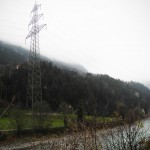 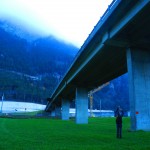 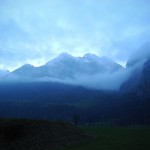 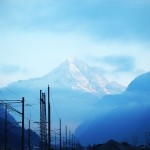 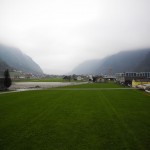