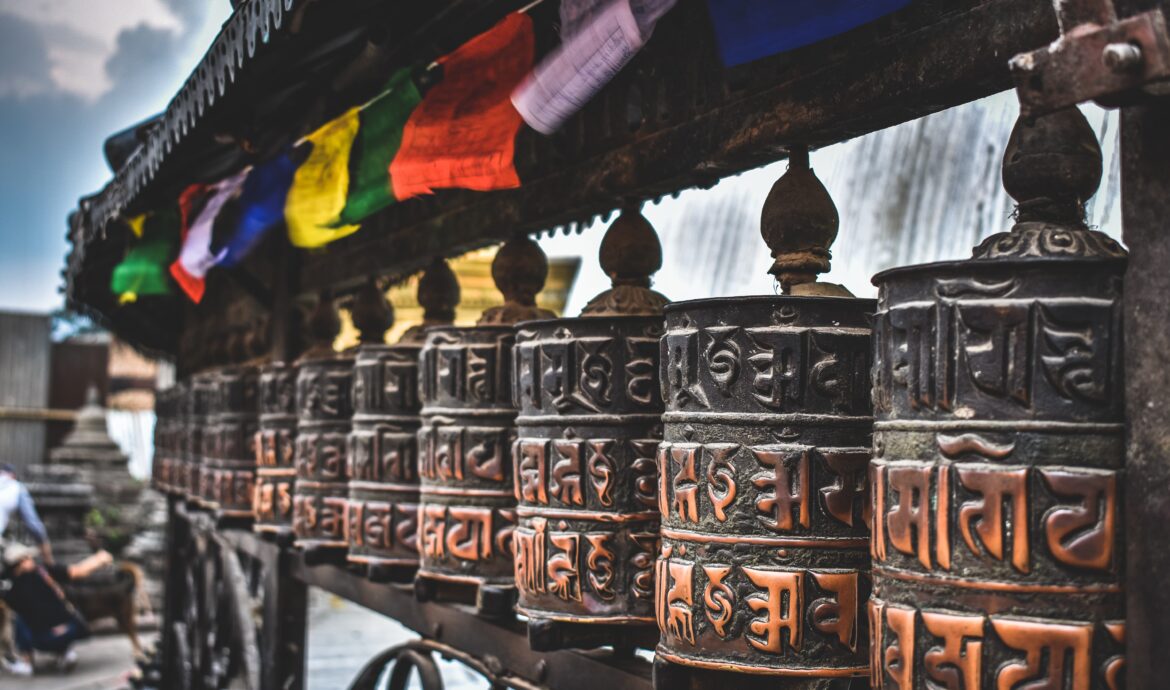 Promoting adoption of electric motorcycles in Nepal: Challenges and Opportunities 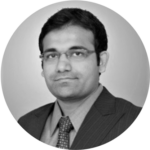 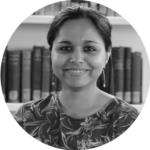 Nilkanth Kumar and Suchita Srinivasan are postdoctoral researchers at the Chair of Energy and Public Economics (D-MTEC) at ETH Zurich. Nilkanth Kumar completed his Ph.D. in Energy Economics at ETH Zurich in December, 2018. His research focuses on energy efficiency, behavioural economics and e-mobility, and includes design and implementation of field-experiments both in developed and emerging countries. Suchita Srinivasan completed her Ph.D. in International Economics at the Graduate Institute of International and Development Studies in Geneva in January, 2018. Her research examines issues of environment, energy and health in developing countries, and seeks to empirically evaluate policy effectiveness, understand the role of social spill-overs, and assess the importance of behavioural anomalies in determining household or firm-level decisions.

This blog post is based upon some experiences and findings as part of their ongoing research in Nepal together with Massimo Filippini.

Kathmandu’s stark air pollution and limited public transport infrastructure poses a challenge towards achieving sustainable and adequate transport. Motorcycles are the most sought after mode of private mobility in Nepal. Electric motorcycles appear to be a viable and promising solution, but several technological, market and behavioural factors hinder their higher adoption.

“So much pollution and so many motorcycles everywhere, it would be better if people invested more in low carbon electric alternatives”, said a colleague which kick-started a dynamic discussion while we waited at a traffic signal on our way to visit some of the touristic sites in Kathmandu, Nepal. Our tour guide joined the conversation – “…you know, I bought a new motorcycle last week! I looked into buying an electric motorcycle as it could have been a cheaper option considering much lower fuel expenses. But, I was not too sure that it will be powerful enough to carry me, my wife and my child at the same time on some of the steeper roads in the city.”

Our guide’s decision to not invest in an electric motorcycle, given his use case, seems somewhat rational. However, he is likely an exception – he is a guide by hobby and a math teacher by profession, and may have exhibited a more informed approach in evaluating which motorcycle to purchase. As part of our field visit to Kathmandu, we had a chance to speak to some of the sales personnel and potential buyers at a few dealerships. We made some interesting observations:

●      There are no energy-efficiency labels for motorcycles, neither for the conventional internal combustion engine (or ICE) motorcycles running on petrol, nor for electric motorcycles;

●      Among all attributes, consumers were generally much more interested in the power and the purchase price, with little interest in fuel economy; and

●      The fuel economy of motorcycles was not actively advertised at dealerships, and the information on the amount of pollutants in emissions was also not available.

The above situation seems worrisome, as it is likely to result in a situation where consumers may not be making a rational choice. A rational decision-maker would consider the total lifetime cost of an investment in a new motorcycle wherein they would account for the purchase price (financing cost), fuel costs over the lifetime of the vehicle, maintenance and other costs, and possibly also health and environmental costs.

On the other hand, another (let’s say “boundedly rational”) consumer might make a decision based just on the power, or only on the purchase price, or follow another heuristic (rule-of-thumb) approach. In energy economics, such a behaviour is often believed to result in a so-called “energy-efficiency gap”, i.e., underinvestment in energy-efficient technologies. In the context of mobility in Nepal, this implies underinvestment in low carbon technologies like electric motorcycles.

Air pollution and mobility: The status-quo

Nepal was recently ranked 178 out of 180 in the 2020 EPI ranking on air quality. Dangerously high levels of pollutants result in long-term respiratory disorders and have already become a major public health concern. In Kathmandu, the capital of Nepal, a child is expected to gain up to 4.7 years of life if PM2.5 concentrations are reduced to meet the WHO guidelines.

In the Kathmandu valley, intensive vehicle emissions are one of the main sources of pollutants, such as particulate matter, contributing towards approximately 63% of all PM10 emissions. The most sought after mode of private road transport in Nepal are motorized two-wheelers, or motorcycles, which accounted for about 80% of vehicle sales in 2016-17 according to Facts of Nepal. The higher share of motorcycles is a common sight in many of the low- and middle-income countries (LMICs) in the global south, where rapidly developing dense urban pockets often face similar problems of worsening air quality.

A potential solution for consumers looking to invest in a new motorcycle for personal mobility purposes, is to opt for low carbon alternatives (such as electric alternatives). However, it seems unfortunate that the switch towards adoption of low carbon electric motorcycles has not yet picked up anywhere close to the momentum of what we have seen in the recent years for hybrid and electric cars in some developed economies.

Challenges of the adoption of electric motorcycles

Electric vehicles are still based on a relatively new technology and hence there are concerns around range anxiety and limited charging infrastructure. This situation brings to mind the classic “Chicken or Egg” problem often faced in industrialized countries in the context of electric cars, e.g., a recent blog article covered this in the context of Switzerland.

In Nepal, although a few automobile companies have launched some electric motorcycle variants over the past years, the bigger manufacturers that offer electric alternatives in neighbouring India, have not yet launched these models. This could also be affecting decisions of potential buyers who may have reliability concerns with the new technology and would rather purchase a tried and tested ICE-based motorcycle from a particular brand.

Furthermore, the electric motorcycles available in the market fall primarily in the low-power and mid-power segments, i.e. upto ~135cc equivalent of ICE engine capacity in cubic centimeters. These are interesting alternatives for city driving, especially given the substantial savings in the fuel costs. However, if consumers are specifically looking at the high-power segment (ICE-based motorcycles are also widely available in the 150cc – 220cc range), then at present, there are hardly any low carbon electric alternatives to choose from.

Several market failures are also likely to play a role, such as asymmetric information (e.g., resulting from a lack of an energy label on motorcycles) and credit constraints (until 2019, financing options were not so easily available for all electric motorcycles as compared to ICE-motorcycles).

Additionally, when it comes to rational decision making by consumers, some underlying behaviours could also prove challenging. Our previous research in Nepal shows that the inability to compute the total lifetime costs, as well as the limited attention paid by potential buyers to the environmental or health implications of their purchases, prove to be a hindrance towards adoption of energy-efficient durables, such as appliances as well as electric motorcycles.

It is worth mentioning that many of these challenges generally apply in the context of LMICs, where it is harder for people, particularly those belonging to low-income groups, to adapt to the underlying health and environmental problems of air pollution.

Nepal’s domestic electricity generation comes from renewable sources and is based almost entirely upon hydropower. Hence, the idea of replacing petroleum with renewable electricity in the mobility sector would result in reductions in direct emissions. In addition, by reducing the dependence on petroleum, Nepal could also partly address another important issue of energy security. Nepal currently imports all its petroleum which has implications for its balance of payments as well as energy security. For instance, the blockade of 2015 imposed by India on Nepal resulted in severe fuel shortages in the country.

Nepal also imports almost all consumer automobiles and imposes a hefty import tax of around 250 percent. This results in all vehicles ending up costing more than two to three times the prices in neighbouring India. However, since the import tax is lower for electric motorcycles (as a policy to promote adoption), the ICE and electric motorcycles (in the same category) are similarly priced in Nepal (note that car prices in Nepal are prohibitively expensive anyway). This is somewhat unique to Nepal, as in most other regions, the upfront purchase price of an electric motorcycle is typically higher than an equivalent ICE-based motorcycle (often touted as a main reason for lower adoption among price-conscious consumers).

Overall, it appears to be in Nepal’s interest to aggressively promote adoption of electric motorcycles. For example, policy-makers could adopt energy labels and emission standards, reduce the import taxes on electric alternatives, promote favorable loans for potential buyers, improve charging infrastructure, e.g. install public charging stations. As a sustainable solution in the long run, Nepal also needs to have a public transport system that is viable, punctual, safe, efficient, and serves as a low carbon transit option for a large share of the population. Until then, motivating new buyers to switch to electric mobility alternatives is one way forward to combat the deteriorating air quality in the cities.