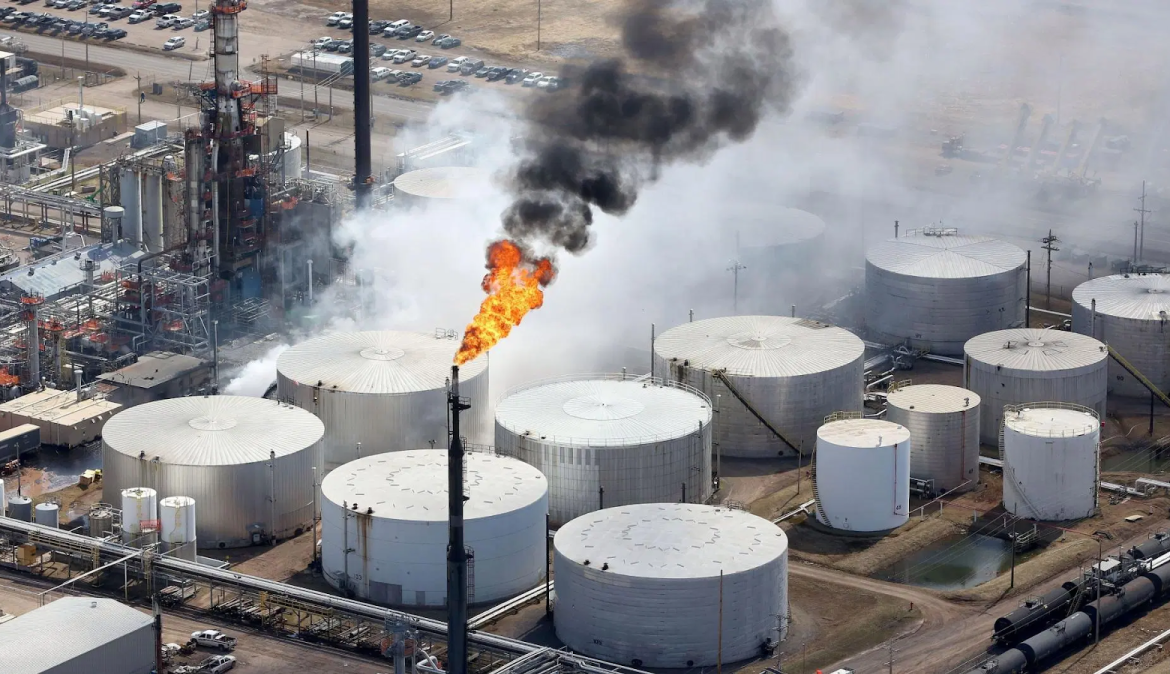 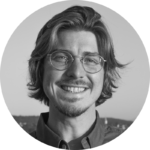 I would venture to say that there are few in the readership who would vouch for what some have called ‘clean’ coal (don’t worry I won’t quote the favorite Presidential buffoon, he gets enough attention these days).

In many countries, coal is being phased out as the predominant source of electricity production (currently accounting for ~40% globally) in favor of  ‘clean’ natural gas (~23%) and renewables (~7%) mostly due to rapidly decreasing prices of both, along with stricter climate policies (many EU countries, Japan, and the list goes on…). The problem is, that list of countries is missing the big two — China and the US.

But when thinking about the energy transition, it’s important to think beyond electricity (only 17% of global final energy) to also include heating and cooling, which represent over half of global final energy use today (Fig. 1). While cooling mostly uses electricity, over 80% of European heating demand is still met with fossil fuels (oil, gas, coal). Discussing decarbonization of our (stationary) energy industry requires planning for transforming electricity and heat sectors, which inevitably become coupled through renewable electrification. 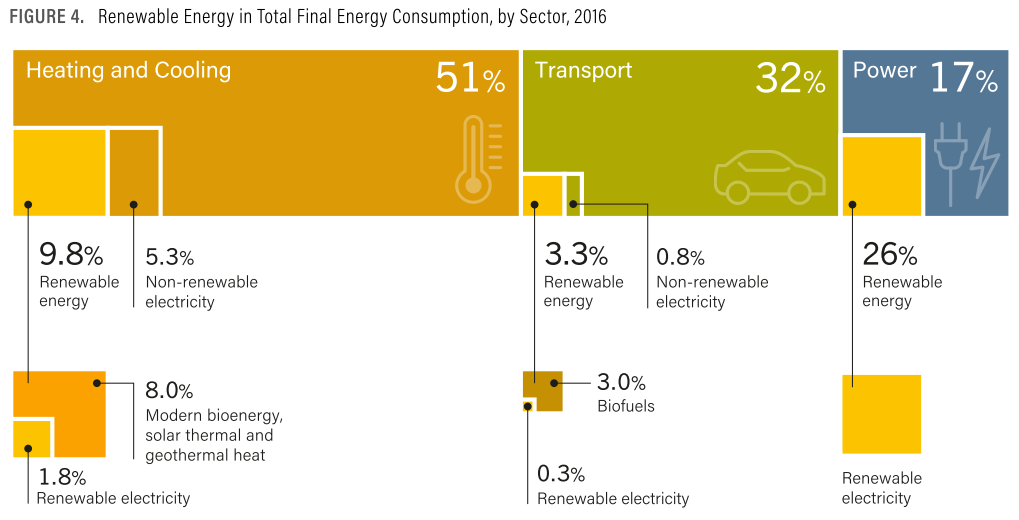 Both sectors are ripe for systemic decarbonization, but should natural gas play a role in that process?

If you are someone who endorses the IPCC targets as critical for our Earth, the natural gas option is not good enough to prevent irreversible climate change, requiring another choice: decarbonized renewable energy. This article will attest to why we have already ‘crossed the bridge’, thereby necessitating a phase-out and heavy divestment from natural gas, and offers a solution-oriented approach for a debate which is morally obligatory for the planet.

There is a prevalent argument that coal-to-gas (electricity), or oil-to-gas (heating) switching offers a route to provide a reliable energy ‘bridge’ until renewables are ‘ready’, while meeting climate goals. After all, natural gas has nearly half of the emissions of coal and 27% less than oil, and is much cheaper than both due to recent advances in unconventional shale gas (i.e. fracking). Even environmentalists and climate activists have said it.

The argument in the above paragraph is both false and disastrous, as the numbers presented do not consider the full effects of natural gas. From the IPCC: “Improving the energy efficiencies of fossil power plants and/or the shift from coal to gas will not by itself be sufficient to achieve this [Net Zero by 2050].” 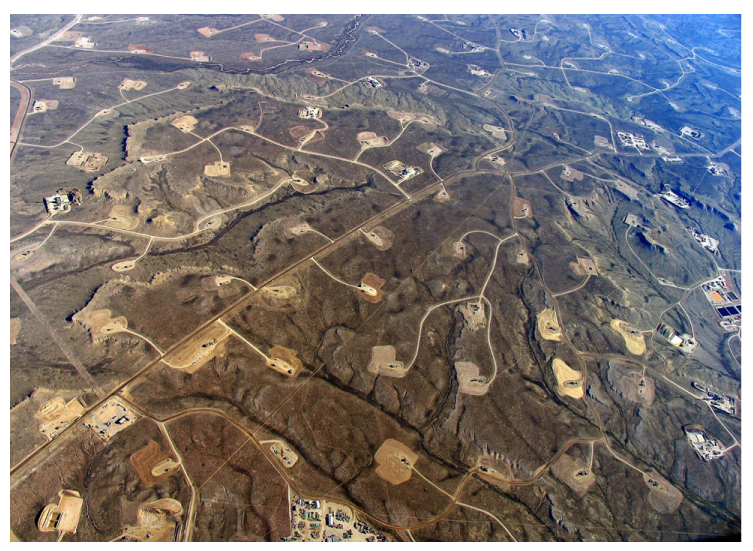 Looking for a timeshare? Look no further than this oil & gas field in Wyoming, USA. Image retrieved from ScienceLine.

The IEA even has a statement recognizing the IPCC quote, but choosing not to act:

“It is clear that switching between unabated consumption of fossil fuels, on its own, does not provide a long-term answer to climate change, but there can nonetheless be significant CO2 and air quality benefits, in specific countries, sectors and timeframes, from using less emissions-intensive fuels.”

It’s apparent from the above statements that our world’s biggest governments and institutions are avoiding the obvious fact that we need to de-fossilize in order to de-carbonize.

So why aren’t the fossils declining as fast as climate targets demand it? For coal, it’s not exactly news that the coal industry is in decline in the US and Europe, mostly due to non-competitiveness with natural gas and renewables as well as climate regulations, but globally coal is still on the rise in Asia, South America, and Africa. Hand in hand, heavy regulations on oil and its use sectors for heat generation are being felt — already new buildings in California, Switzerland, Germany, etc. are effectively not allowed to have oil boilers (in Switzerland this is a murky cantonal law, but sets very high standards for buildings that oil boilers likely cannot meet). In the Netherlands, even new gas connections aren’t allowed. Unfortunately, natural gas demand is rising rapidly, year over year, mainly driven by the US and Russia.

“Natural gas will only serve as a ‘bridge’ in the meantime”

Even though the EU climate plans point to phasing-out unabated (no carbon capture) natural gas by 2050 (in order to achieve Net Zero emissions), most draft National Energy and Climate Plans (NECPs) are inconsistent with the 1.5 trajectory, planning to expand natural gas infrastructure thus locking-in these investments well past 2050.

The US, even though it is still technically in the Paris Accords, with its fervor for “frack, baby, frack” has just set its record for natural gas use in the power sector. Even in the good old Obama days, energy and climate regulations have long supported (led by Energy Secretary Ernie Moniz) the exploitation of cheap and abundant natural gas sources and expansion of LNG infrastructure.

This represents a stranded asset threat to all power plant investments today. Typically these plants last 25-50 years, a timespan that does not line up with the IPCC 2050 goals. Furthermore, natural gas use has significant infrastructure dependencies, necessitating extensive networks of pipelines, compression stations, and extraction facilities. A similar story exists for heating technologies on the building-level, with gas boilers having lifetimes of 15-30 years, also not lining up with our climate goals.

The European NECPs are due at the end of 2019. On the bright side, there is one example of a country ahead of the curve — the Netherlands. The Dutch are phasing out natural gas by 2030 with plans to shut the well of its infamous Groningen gas field (earthquakes have damaged tens of thousands of homes) and will progressively disconnect the 88% of Dutch homes that have a gas connection.

Millions of people die every year from air pollution attributed to coal electricity production. Agreed, we must switch to cleaner fuels, and it is true that natural gas combustion has much lower figures than coal for particulate matter, NOx, and SOx, but by no means is it ‘healthy’ for the people living nearby. In fact, it is a slight-of-hand trick to only look at the post-combustion figures.

Many have indulged in this dangerous trick of not taking into account air, water, land-use, and seismic impacts of natural gas infrastructure, especially with the emergence of fracking (hydraulic fracturing, which many countries have banned). If we priced such externalities, I doubt that natural gas would be so cheap.

What truly debunks the air pollution and climate ‘benefits’ of natural gas are recent findings that methane leakage emissions of infrastructure are much higher than previously thought and even actually above coal. Remember: methane (CH4) has 30 times the global-warming potential (GWP) of CO2 over a 100 year time horizon, and has its highest impacts in its first 20 years in the atmosphere where it has a GWP over 80 times that of CO2.

Natural gas is definitely not good for human health, and has dubious benefits to the climate.

We have seen direct ‘1-to-1’ coal-to-gas switching for economic and efficiency reasons in the US and Europe. These plants can fire up whenever needed, which for old-school electrical engineers would be considered necessary to balance a grid dominated by intermittent renewables. Luckily, these days we have optimization and smart-grid capabilities to move forward. To solve this, we need to think outside the box of the typical centralized grid as it transforms towards a flexible system typified by decentralized renewables.

To put it simply, many countries are planning to meet their climate goals with (1) huge leaps in energy efficiency (also called ‘non-wires alternatives’) and (2) rapid installation of renewables. One main advantage of this transition is that an entirely electrified energy system allows over 40% reduction in energy use, mostly due to the lack of combustion in the mix.

Both drivers are already causing natural gas power plants — peakers and Combined Cycle — to be pushed out of the market in the US. This is quite breaking news: just in 2019, the Rocky Mountain Institute showed that Clean Energy Portfolios (combinations of wind, solar, and battery storage, and non-wires alternatives) have become cheaper for utilities than 90% of planned natural gas power plants. But don’t take RMI’s word for it — recently a utility in the US state of Oregon came to the same conclusion.

Even Lazard, the global de-facto standard in electricity generation prices, has stated the following about the cost-competitiveness of renewables:

“We find that Alternative Energy technologies are complementary to conventional generation technologies, and believe that their use will be increasingly prevalent for a variety of reasons…”

This is without considering the role of direct energy subsidies to the renewables. Although, subsidies to the fossil-fuel industry are not commonly discussed and are much greater than for clean technologies. In 2015 the IMF estimated that this was worth a whopping $5.2 trillion – mainly to coal, petroleum, and natural gas. It is impressive to see that the comparably little subsidies for the clean solutions previously mentioned are already cost-competitive in some places, and will only continue to out-perform the dinosaurs. 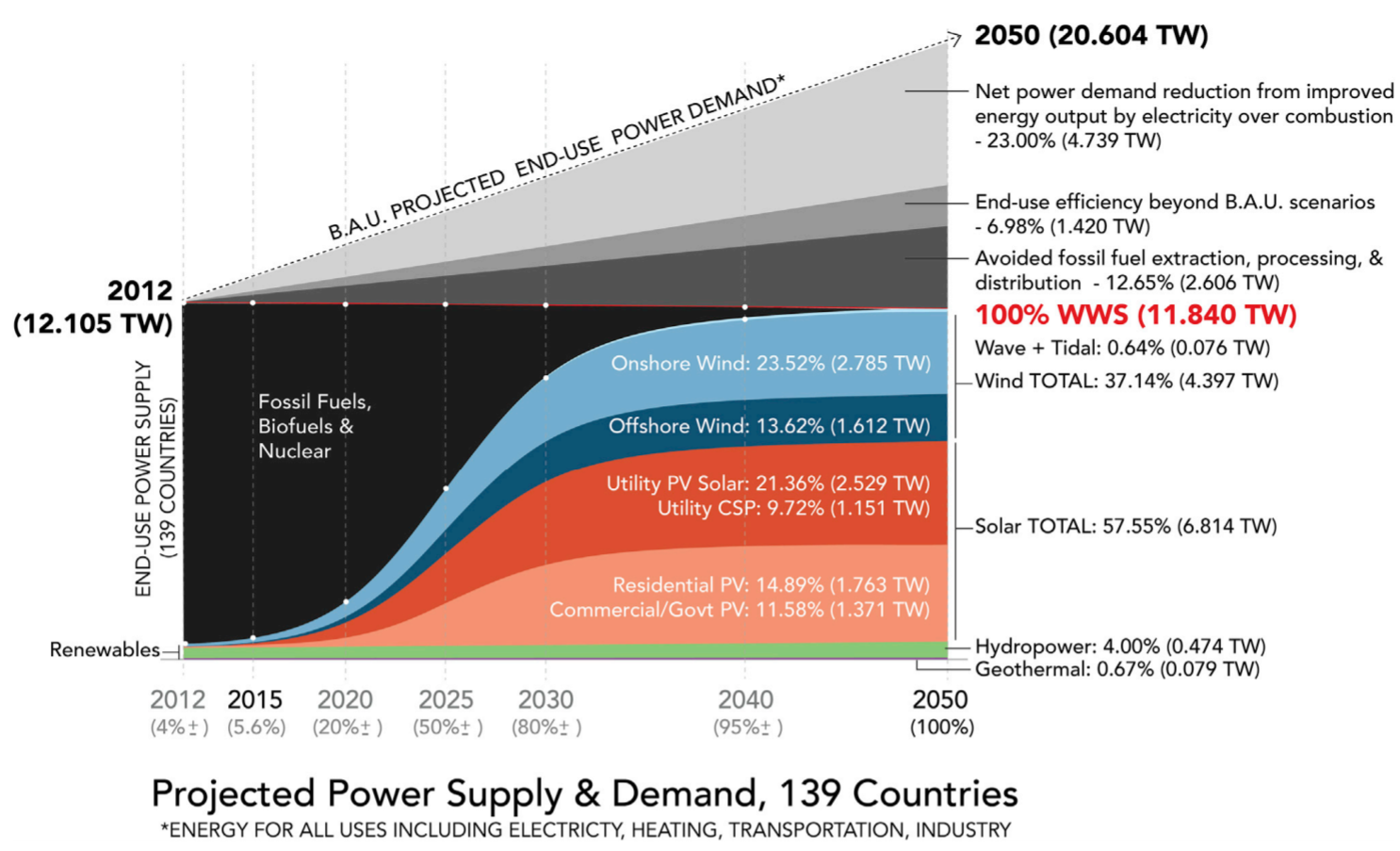 The solutions to jump past the natural gas ‘bridge’ are there, now we must drive them forward.

For electricity: wind, solar, and batteries along with other renewable sources and storage (maybe even Hydrogen).

For heating: general electrification through heat pumps for deeply renovated individual buildings, and district heating networks are already cost-competitive and can supply reliably. Some European countries have shares of district heating in the range of 10-25% and researchers have said that could increase to 50% in heating decarbonization scenarios.

There is no other way around it — natural gas does and should not fit into the climate-compatible nor cost-effective energy system of tomorrow . Any of the common arguments presented above are simply a way for incumbent fossil-fuel owners and investors to justify their continued ‘safe bets’ in infrastructure. The other main point I missed — jobs — has been shown in a 100% renewables world to be a net gain in the range of twenty million jobs by 2050.

Running away from coal and oil is not enough. We need to decarbonize now and fast and kick out natural gas in the upcoming energy regulations. This means 100% renewable energy by 2050 (Fig. 3). That starts with having 80% by 2030. It’s time to act tough on natural gas.

Thank you to all of the editors who contributed to the post! Front cover photo retrieved from Quartz.