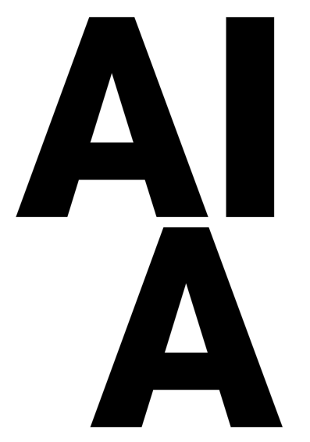 AIA Symposium on Artificial Intelligence in Architecture, Engineering, and Construction

The AIA Symposium on Artificial Intelligence in Architecture, Engineering, and Construction will bring together experts and enthusiasts from various fields of academia and industry to explore the potential of artificial intelligence for the design and fabrication of our built environment. As part of the Rethink Design Program and the upcoming Design++ Initiative at ETH Zurich, AIA provides a platform for participants to discuss cutting-edge research, exchange ideas, and strengthen interdisciplinary connections and collaborations.

Caitlin Mueller is a researcher, designer, and educator working at the interface of architecture and structural engineering. She is currently an Associate Professor in the Building Technology Program, where she leads the Digital Structures research group. As a researcher, Mueller focuses on developing new computational methods and tools for synthesizing architectural and structural intentions in early-stage design. She also works in the field of digital fabrication, with a focus on linking high structural performance with new methods of architectural making. In addition to her digital work, she conducts research on the nature of collaboration between architects and engineers from a historical perspective. Mueller also aims for interdisciplinary learning and integration in her teaching efforts, which include subjects in structural design and computational methods.

Alec Jacobson is an Assistant Professor and Canada Research Chair in the Departments of Computer Science and Mathematics at University of Toronto. He was a post-doc at Columbia University. He received a PhD in Computer Science from ETH Zurich and MA and BA degrees in Computer Science and Mathematics from the Courant Institute of Mathematical Sciences at New York University. He has published several papers in the proceedings of ACM SIGGRAPH. He leads development of the widely used geometry processing library, libigl, winner of the 2015 SGP software award. In 2020, he received the ACM SIGGRAPH Significant New Researcher Award

Tyson Hosmer is a Senior Teaching Fellow at UCL Bartlett BPro in London where he directs the Living Architecture Lab (Research Cluster 3) focused on developing autonomous reconfigurable architecture with artificial intelligence, recently winning the Autodesk Emerging Research Award at Acadia 2019 for his co-authored paper Towards an Autonomous Architecture. He is an Associate with Zaha Hadid Architects where he leads grant-funded research development of cognitive agent-based technologies and machine learning for design. His thirteen years of experience in practice includes working in Asymptote Architecture, Kokkugia, AXI:OME, and serving as Research Director with Cecil Balmond Studio along with teaching for over six years with the AADRL.

Panagiotis Tigas
Panos is a DPhil student and researcher at the University of Oxford (OATML group) and Machine Learning tutor at Bartlett School of Architecture (Living Architecture Lab). His research areas include applied and theoretical cybernetics, autonomous and intelligent natural and artificial systems, generative and algorithmic design. He has worked for Microsoft, Autodesk Research (AI/Generative Design), Brave Research (Privacy-Preserving ML), and his own startup Filisia Interfaces (Special Education Tech).

Stanislas Chaillou
A Paris native, Stanislas received his undergraduate degree in Architecture at the Swiss Federal Institute of Technology of Lausanne, and his Master in Architecture from the Harvard Graduate School of Design. Focusing his practice around Architecture and Artificial Intelligence, he believes in the necessary integration of both disciplines to change our built environment. Stanislas works today as an Architect & Data Scientist at Spacemaker’s R&D department. He is in charge of developing AI research projects, to assist and enhance architectural conception. He recently curated the exhibit “AI & Architecture” at the Arsenal Pavilion in Paris. Stanislas also published in a variety of reviews and platforms, among which are ARCH+, the Harvard Real Estate Review, the Veolia FACTS Reports, Towards Data Science, Archdaily, Archinect, and others. Stanislas was awarded two American Architecture Prizes (2017) and the Architecture Masterprize (2018). He also received the 2018 ZGF scholarship for his past architectural work. He is a Fulbright scholar, an Arthur Sachs Fellow and Jean Gaillard Fellow at Harvard University.

Aleksandra Anna Apolinarska is a postdoctoral researcher at Gramazio Kohler Research at ETH Zurich. Originally educated as an architect, she specializes in computational methods for complex design problems. In her PhD, she studied interrelations between design, performance and fabrication of novel complex timber structures enabled by digital workflows. Prior to her academic career, she worked at architectural practices and consultancies such as Foster+Partners and DesignToProduction on multiple geometrically challenging projects. Her current research at ETH Zurich seeks opportunities to augment the design process with data and machine learning.

Luis Salamanca
Luis Salamanca is senior data scientist at the Swiss Data Science Center, ETH Zürich. After his studies on electrical engineering, he carried out a Ph.D. on coding theory, applying Bayesian inference and message passing algorithms to communication theory’s problems. Thereafter, he started working as a postdoc at the Luxembourg Center for systems biomedicine on more applied medical imaging and neuroscience problems. There he got immersed in more interdisciplinary research, collaborating with MDs, biologists, etc. At the SDSC he is expanding his interdisciplinarity by working on projects revolving around natural language processing, interactive generative design, and other various topics.

Pierre Cutellic
Pierre Cutellic is a trained architect and designer. He is currently conducting research as a PhD Fellow at the Chair of Digital Architectonics, Institute of Technology for Architecture, ETH Zürich since 2016. His research focuses on the Brain-Computer Interface integrations of peculiar neuro-signals together with machine learning, for decision-making and learning automation of architectural modelling and design processes. Pierre graduated summa cum laude in Architecture from E.N.S.A. Paris-Malaquais in 2007, and joined the AEC consulting firm Gehry Technologies (nka. Trimble Consulting) from 2008 to 2010 as a consultant for large culture & arts projects in the EU and UAE. From 2010 to 2015, he was teaching as Adjunct-Assistant Professor in digital knowledge and practices, integrative design and production, human computation and algorithmics at the Digital Knowledge Dept. of Paris-Malaquais. His past professional experience and academic research have been frequently published in AEC related journals and conferences since 2010. Prior to joining ETH, Pierre was a lecturer at the CNPA Laboratory of EPF Lausanne since 2014.

Mathias Bernhard
Mathias Bernhard is a postdoctoral researcher at the Weitzman School of Design, University of Pennsylvania. Before that, he was postdoc at Digital Building Technologies, ETH Zurich, investigating computational design tools for additive manufacturing. He holds a Doctor of Sciences (Dr. sc.) in Architecture from ETH Zurich. His thesis “Domain Transforms in Architecture – Encoding and Decoding of Cultural Artefacts” draws a map of the variegated field of CAD, and investigates the implications of alternative models of abstraction and their creative potential. He is an architect with profound specialization in computational design, digital fabrication, and information technology. In particular, he is interested in how artefacts can be encoded, made machine-readable, and digitally operational. His research focuses on how the increasingly ubiquitous availability of data and computational power influences the design process and how different methods of artificial intelligence, machine learning or evolutionary strategies can be employed in the development of our built environment.

Iro Armeni
Iro Armeni completed her PhD at Stanford University this August, Civil and Environmental Engineering (CEE) Department, Sustainable Design and Construction (SDC) Program, with a PhD minor at the Computer Science Department. She conducted research under the supervision of Martin Fischer (CEE, Center for Integrated Facility Engineering – CIFE) and Silvio Savarese (Computer Science Department, Stanford Vision and Learning Lab – SVL). Iro Armeni is interested in interdisciplinary research between Civil Engineering and Machine Perception. Her area of focus is on automated semantic and operational understanding of buildings throughout their life cycle using visual data. Prior to her PhD, Iro Armeni received a MEng in Architecture and Digital Design (University of Tokyo-2011), a MSc in Computer Science (Ionian University-2013),vand a Diploma in Architectural Engineering (National Technical University of Athens-2009).

Norman Sieroka
Norman Sieroka has been full Professor for Theoretical Philosophy at the University of Bremen since 2019. He studied philosophy, physics and mathematics at Heidelberg University and the University of Cambridge. At Cambridge he received his MPhil degree in history and philosophy of science in 1999; in Heidelberg he received his diploma in physics in 2002 and in 2004 he earned his doctorate in physics at the Institute for Theoretical Physics there. Subsequently, at the ETH Zurich, he earned a further doctorate as well as his habilitation, both in philosophy. After working as a researcher and lecturer in physics, neurophysiology, and philosophy at Heidelberg and Bamberg Universities, Norman Sieroka was employed at the ETH Zurich from 2004 to 2019. He held positions as a postdoc and a senior research fellow at the ETH Chair of Philosophy. From 2016 to 2019 he was the managing director of the Turing Centre Zurich and educational developer for the “Critical Thinking” Initiative of ETH (CTETH). He was a visiting faculty member in the Departments of Philosophy and of History and Philosophy of Science at the University of Notre Dame in the U.S. in 2015; and an associated member of the Center “History of Knowledge” of the ETH and the University of Zurich from 2015 to 2017. Since 2018 Norman Sieroka is also a member of the Governance Board of the ETH think tank “RETHINK”.